Sunday Praise & Worship Message - You Have the Victory 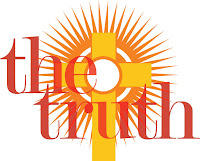 Even when we know better as Christians, we often forget that we have already won a major victory in our lives. When we accepted Jesus as our personal Savior and Lord of our lives, we accepted the gift of salvation from the Father and have won the victory over death. The grave and death have no power over us, because we are God’s children and He has given us eternal life. The world has no hold on us anymore and we have been born again to walk in the newness of life. We all know this, because God, through the scriptures, has given us His word. His promises have never been broken to any generation. We can stand firm in His word and rest assured that nothing can change that fact.

From time to time, we don’t act that way. We allow the spirit of this world to grab hold of us and drag us back into blackness and we say that we are powerless. If we relied strictly on our own will and strength, we are powerless, but we, as God’s children, have the upper hand. We are HIS children and we have the ability to go directly to the Lord in prayer and ask for all that we need to overcome the power of the evil one who lives to steal us away from God.

In chapter four of his first letter, John writes, “But you belong to God, my dear children. You have already won a victory over those people, because the Spirit who lives in you is greater than the spirit who lives in the world. Those people belong to this world, so they speak from the world’s viewpoint, and the world listens to them. But we belong to God, and those who know God listen to us. If they do not belong to God, they do not listen to us. That is how we know if someone has the Spirit of truth or the spirit of deception.”

Those who would seek to deceive us and seduce us back into a life of sin have no power over us as long as we continue to walk in light and righteousness. The spirit of righteousness and light lives within each of us and that spirit is greater than the power of Satan and all his demons combined. Satan must bow before the Lord of Hosts. He has no power over God’s children, but you need to realize that it doesn’t stop him from trying to snatch you away from Him.

Satan can’t force you out of God’s hands. You, as an individual, have been given free will to act. Only you can choose to leave God. He will never leave or forsake you. When you give into temptation, you have made the choice to leave the path of righteousness and stray away from God. Satan can’t make you do that. No one can do that. You have to take the first steps by your own volition. No one can force you to sin or give into peer pressure.

People will often blame Satan by saying that the “devil made them do it”. That is patently false. It is a convenient excuse to blame others for giving into sin. You must bear the consequences of your actions. You cannot just blame the devil for slipping back into a life of darkness and sin. It was entirely your choice to stray away from the light and give yourself over to sin.

If we look back to the lives of Adam and Eve, we see a similar situation. After eating from the tree of the knowledge of good and evil, God questioned them regarding their disobedience. Instead of admitting to their sin, they began to blame each other. Adam blamed Eve and Eve, in turn, blamed the serpent. In the end, the serpent didn’t force them to eat the fruit of that tree. He planted the idea and they both acted on it.

There are those who feel that God set up Adam and Eve from the very beginning when that tree was placed in the garden. But, you have to remember that Satan had fallen before Adam and Eve. When he fell, sin came into existence. That sin was disobedience. Satan and his followers became disobedient to God and were cast out. When that happened, sin was born.

With sin in existence and humans with free will, choices existed as well. When we are left alone to our own devices, we have a propensity to do what we want and to seek the fulfillment of our earthly desires. But, if we remain together as a family of faith under the protection of God’s mighty hand, we will not fall prey to sin. Satan has no power to pull us away from God. He has given us His word that He will always be there for us and with us.

Jesus, in chapter fourteen of the Gospel of John, said to his disciples, “Don’t let your hearts be troubled. Trust in God, and trust also in me.”

If you remain faithful and seek out help when you feel tempted, then you can overcome the world and remain on the straight and narrow. If, however, you decide you know better or act on your own, then it is so very easy for your foot to slip and go astray.

Don’t let this happen. When you feel Satan whispering in your ear and calling you to go astray, I ask you to pray for God’s hedge of protection. I guarantee that He will send legions of angels to protect you. Don’t forget that you have a heavenly armory at your disposal. Put on that armor and prepare yourself for battle when tempted.

In chapter six of his letter to the Ephesians, Paul writes, “Be strong in the Lord and in his mighty power. Put on all of God’s armor so that you will be able to stand firm against all strategies of the devil. For we are not fighting against flesh-and-blood enemies, but against evil rulers and authorities of the unseen world, against mighty powers in this dark world, and against evil spirits in the heavenly places. Therefore, put on every piece of God’s armor so you will be able to resist the enemy in the time of evil. Then after the battle you will still be standing firm. Stand your ground, putting on the belt of truth and the body armor of God’s righteousness. For shoes, put on the peace that comes from the Good News so that you will be fully prepared. In addition to all of these, hold up the shield of faith to stop the fiery arrows of the devil. Put on salvation as your helmet, and take the sword of the Spirit, which is the word of God. Pray in the Spirit at all times and on every occasion. Stay alert and be persistent in your prayers for all believers everywhere.”

The armor of the Lord is impenetrable to the slings and arrows of Satan, but if you fail to put all of it on or allow the armor to go into disrepair, then Satan can easily penetrate it and harm you. To keep the armor strong, we must  pray for one another and help each other by remaining steadfast in our faith together. Every piece of armor will withstand all of the attacks thrown against it if we stand together and stand firm in His grace.

Ezekiel 18:5-9 Holman Christian Standard Bible “Now suppose a man is righteous and does what is just and right: He does not eat at the mount...