3 A prudent man foresees evil and hides himself,But the simple pass on and are punished.

8 For by grace you have been saved through faith, and that not of yourselves; it is the gift of God, 9 not of works, lest anyone should boast.

6 But without faith it is impossible to please Him, for he who comes to God must believe that He is, and that He is a rewarder of those who diligently seek Him.

6 At evening they return,They growl like a dog,And go all around the city.7 Indeed, they belch with their mouth;Swords are in their lips;For they say, “Who hears?”

2 The rich and the poor have this in common,The Lord is the maker of them all.

9 But they shall serve the Lord their God,And David their king,Whom I will raise up for them.

6 At evening they return,They growl like a dog,And go all around the city.7 Indeed, they belch with their mouth;Swords are in their lips;For they say, “Who hears?”

Mid-Week Message - What Did Mary Know?

"And behold, you will conceive in your womb and bear a son, and you shall call his name Jesus.  He will be great and will be called the Son of the Most High.  And the Lord will give to him the throne of his father David, and he will reign over the house of Jacob forever, and of his kingdom there will be no end."  Luke 1:31-33  (ESV)

In 1984, Christian singer and comedian, Mark Lowry, penned the lyrics to one of the most loved contemporary Christmas songs.  After the music was written by Buddy Greene in 1991, Michael English became the first artist to record the song Mary Did You Know, and it has been recorded by hundreds of other artists since then.  Loved by millions, it addresses the question of exactly how much the mother of our Savior knew of what He would do in His life.

Over the years, this song has been criticized for it's lack of theological truth, with the argument being that Mary would have actually known quite a lot because of what was written in the scriptures.  When questioned about this, Lowry responded that he wanted to write a song about the sheer awe that this young girl must have experienced as she held her newborn son.

Of course, there is no way that we can know for sure what was going through her mind.  How did she handle being told by a heavenly messenger that she would bear a child conceived through the Holy Spirit?  We know her words, but not what she felt in her heart.  She also had to think of how Joseph and her family would react.  There must have been more than a bit of trepidation that she went through.

After the long trip to Bethlehem and having to give birth in a stable, what did she feel?  Surely she wished for a nicer place for her newborn, but as she held Him, did she think about what the scriptures foretold or was she just overwhelmed by the warm bundle in her arms?  Did she rejoice?  Did she weep?  When she held His tiny hand, was she wondering how she would measure up to parenting the Son of God?

My favorite verse in the birth story related by Luke is the nineteenth verse of the second chapter.  After the shepherds had visited and gone to share the news, Luke tells us, "Mary treasured up all these things, and pondered them in her heart."  No matter what she knew,  I believe Mary was holding her baby, counting his fingers and toes and hoping she would be a good mother.   There would be time later to put all the pieces together and to come to terms with what she had been taught about the Messiah.  But beside the manger, as she watched her little one sleep, her emotions were surely overpowering as her heart was filled with love the depth of which she had never before experienced.

As we draw nearer to the day that we celebrate His birth, what are we feeling?  Does the arrival of the Son of the Most High stir any emotions within us or is the day simply a holiday from work for which we spend too much money?  I pray we all search our hearts because although we do not know what Mary knew, we have the full story.  How we react and choose to respond is everything.  God bless!

The Value of a Good Name

2 A good name is to be chosen rather than great riches,Loving favor rather than silver and gold.

The Day of the Lord

10 But the day of the Lord will come as a thief in the night, in which the heavens will pass away with a great noise, and the elements will melt with fervent heat; both the earth and the works that are in it will be [a]burned up. 11 Therefore, since all these things will be dissolved, what manner of persons ought you to be in holy conduct and godliness,

10 The speech pleased the Lord, that Solomon had asked this thing. 11 Then God said to him: “Because you have asked this thing, and have not asked long life for yourself, nor have asked riches for yourself, nor have asked the life of your enemies, but have asked for yourself understanding to discern justice, 12 behold, I have done according to your words; see, I have given you a wise and understanding heart, so that there has not been anyone like you before you, nor shall any like you arise after you. 13 And I have also given you what you have not asked: both riches and honor, so that there shall not be anyone like you among the kings all your days. 14 So if you walk in My ways, to keep My statutes and My commandments, as your father David walked, then I will lengthen[a] your days.”

5 You therefore, O Lord God of hosts, the God of Israel,Awake to punish all the [a]nations;Do not be merciful to any wicked transgressors. Selah

31 The horse is prepared for the day of battle,But deliverance is of the Lord.

9 With my soul I have desired You in the night,Yes, by my spirit within me I will seek You early;For when Your judgments are in the earth,The inhabitants of the world will learn righteousness.

10 Therefore, as we have opportunity, let us do good to all, especially to those who are of the household of faith.

3 For look, they lie in wait for my life;The mighty gather against me,Not for my transgression nor for my sin, O Lord.4 They run and prepare themselves through no fault of mine.

Awake to help me, and behold!

30 There is no wisdom or understandingOr counsel against the Lord.

24 “The Lord bless you and keep you;25 The Lord make His face shine upon you,And be gracious to you;26 The Lord [a]lift up His countenance upon you,And give you peace.” ’

51 “You stiff-necked[a] and uncircumcised in heart and ears! You always resist the Holy Spirit; as your fathers did, so do you. 52 Which of the prophets did your fathers not persecute? And they killed those who foretold the coming of the Just One, of whom you now have become the betrayers and murderers, 53 who have received the law by the direction of angels and have not kept it.” 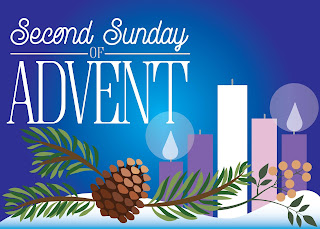 The Birth of Jesus Foretold

26 In the sixth month of Elizabeth’s pregnancy, God sent the angel Gabriel to Nazareth, a village in Galilee, 27 to a virgin named Mary. She was engaged to be married to a man named Joseph, a descendant of King David. 28 Gabriel appeared to her and said, “Greetings,[a] favored woman! The Lord is with you![b]”

29 Confused and disturbed, Mary tried to think what the angel could mean. 30 “Don’t be afraid, Mary,” the angel told her, “for you have found favor with God! 31 You will conceive and give birth to a son, and you will name him Jesus. 32 He will be very great and will be called the Son of the Most High. The Lord God will give him the throne of his ancestor David. 33 And he will reign over Israel[c] forever; his Kingdom will never end!”

35 The angel replied, “The Holy Spirit will come upon you, and the power of the Most High will overshadow you. So the baby to be born will be holy, and he will be called the Son of God. 36 What’s more, your relative Elizabeth has become pregnant in her old age! People used to say she was barren, but she has conceived a son and is now in her sixth month. 37 For the word of God will never fail.[d]”

38 Mary responded, “I am the Lord’s servant. May everything you have said about me come true.” And then the angel left her.

The Assured Judgment of the Wicked

To the Chief Musician. Set to [a]“Do Not Destroy.” A Michtam of David when Saul sent men, and they watched the house in order to kill him. 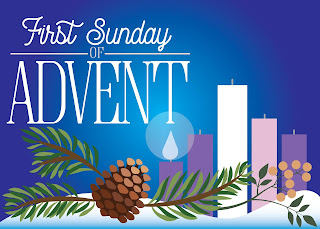 A Branch from David’s Line

1 Out of the stump of David’s family[a] will grow a shoot—    yes, a new Branch bearing fruit from the old root.2 And the Spirit of the Lord will rest on him—    the Spirit of wisdom and understanding,the Spirit of counsel and might,    the Spirit of knowledge and the fear of the Lord.3 He will delight in obeying the Lord.    He will not judge by appearance    nor make a decision based on hearsay.4 He will give justice to the poor    and make fair decisions for the exploited.The earth will shake at the force of his word,    and one breath from his mouth will destroy the wicked.5 He will wear righteousness like a belt    and truth like an undergarment.

6 In that day the wolf and the lamb will live together;    the leopard will lie down with the baby goat.The calf and the yearling will be safe with the lion,    and a little child will lead them all.7 The cow will graze near the bear.    The cub and the calf will lie down together.    The lion will eat hay like a cow.8 The baby will play safely near the hole of a cobra.    Yes, a little child will put its hand in a nest of deadly snakes without harm.9 Nothing will hurt or destroy in all my holy mountain,    for as the waters fill the sea,    so the earth will be filled with people who know the Lord.

10 In that day the heir to David’s throne[b]    will be a banner of salvation to all the world.The nations will rally to him,    and the land where he lives will be a glorious place.[c]

Proverbs 22:3   New King James Version (NKJV) 3  A prudent  man  foresees evil and hides himself, But the simple pass on and are  punished.