About the Ministry Team 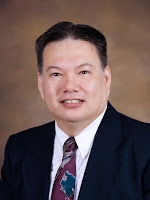 Throughout his life, Brother Jesse has served ministries and churches alike by providing congregations with spiritual leadership and guidance.

At the age of 12, he accepted Christ Jesus as his personal Savior and Lord and was baptized by Joe Broadway, the pastor of Eastwood Baptist Church in Gatesville, Texas. Since that moment, Brother  Jesse has walked daily with the Lord and has dedicated his life to help churches develop and grow to meet the needs of their congregations and communities.

During the last part of 2017 and through the entire year of 2018, Brother Jesse faced the most difficult situation in his life, an illness that nearly ended his life. After seeing multiple doctors and specialists, no one could diagnosis what he faced until one specialist was able to determine his illness.

Brother Jesse was immediately referred to a premier Atlanta hospital system renowned for its research and diagnostic capabilities. Within less than 24 hours of seeing the first of many specialists, he underwent emergency surgery and spent weeks in the hospital as a team of 25 specialists and doctors worked around the clock to isolate his illness and began to aggressively treat him. God's grace and healing hand were upon him as He guided the team of doctors to save his life.

After suffering almost two years from the illness, additional surgeries and the side-effects of the medications that he had to take daily, Brother Jesse is here today still proclaiming God's love and message of salvation and telling his story of faith as he walked through his darkest valley.

Luke 3:7-9 Holman Christian Standard Bible He then said to the crowds who came out to be baptized by him, “Brood of vipers! Who warned you t...