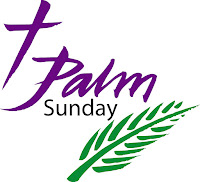 Today is Palm Sunday. Christians around the world are celebrating the day when Jesus entered the city of Jerusalem to fulfill the prophecy given to the Israelites hundreds of years earlier. This day marks the beginning of Holy Week. It is a week that marks the trial, crucifixion and resurrection of Jesus.
When you think about this week, you cannot help but reflect on the life of Jesus. His life began very humbly and without much fanfare. He wasn’t born a son of a monarch or a king. His birth was, for the most part, closer to the beginnings of a child born into poverty. His first bed was an ornate crib or bassinet. It was a manger, a feeding trough for animals, filled with rough straw. Instead of servants, Jesus had smelly farm animals around him. For guards, he was protected by shepherds who came to see the miracle birth.
All throughout his life, Jesus didn’t seek out notoriety or fame. His life was simple, but left such a deep impression on not only those who knew him firsthand but also those who follow him today. His life, no matter how simple, provided us with the way to the Father and showed us His love through the life, death and resurrection of His son. No event in history comes close to making such a profound mark in the lives of so many.
When he entered Jerusalem, people cheered him and laid their coats and palm fronds down in front of him. He didn’t come into the city in a triumphant chariot with a spear in his hand nor did he come astride a mighty warhorse brandishing a sword. His eyes and heart weren’t filled with fire and war, but, rather, with love for those around him.
In chapter twelve of the Gospel of John, John writes, “The next day, the news that Jesus was on the way to Jerusalem swept through the city. A large crowd of Passover visitors took palm branches and went down the road to meet him. They shouted, ‘Praise God! Blessings on the one who comes in the name of the Lord! Hail to the King of Israel!’ Jesus found a young donkey and rode on it, fulfilling the prophecy that said: ‘Don’t be afraid, people of Jerusalem. Look, your King is coming, riding on a donkey’s colt.’ His disciples didn’t understand at the time that this was a fulfillment of prophecy. But after Jesus entered into his glory, they remembered what had happened and realized that these things had been written about him.”
Jesus came into the city on the back of a young donkey. For most, the donkey is a humble beast of burden. Warriors would never ride a donkey or even consider it as a mode of transportation. It would be beneath them and they would rather walk than ride a donkey.
Jesus didn’t come into this world to subdue it with a sword or spear. He came to show the world love and to be the perfect sacrifice for each of us. His life is our example of how we should live daily.
In chapter eleven of John’s Gospel, Jesus tells Martha, the sister of Lazarus, “I am the resurrection and the life. Anyone who believes in me will live, even after dying. Everyone who lives in me and believes in me will never ever die. Do you believe this, Martha?”
His message was clear and remains relevant with each generation thereafter. The question that Jesus is asking you is plain and simple. Do you believe this truth?
If you haven’t received Jesus as your personal Savior and Lord, today is that day. He has given you the simple truth and isn’t forcing you to accept it. Jesus doesn’t storm into your life and force you into believing. He stands patiently waiting for you and whispers to your heart softly and tenderly.
I ask you to listen and take those first steps to him. You will be so glad you did. When you walk with the Lord daily, you have nothing to fear and can stand firm in His grace.
The grace of the Lord Jesus Christ be with your spirit.
at 12:00 PM