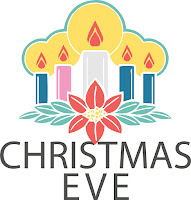 If you were to poll Christians around the world and ask them what event has the most meaning to them personally, a vast majority of them would answer that Christmas is the most important event to not only them but also to every Christian. Easter would follow as a close second. I would find it very difficult to pick one of those events as more important than the other. But, when you think about them, those two events are entwined and involve Jesus.

When we think of his birth and the beautiful story of the Nativity, we see a small child born to a virgin. His birthplace was a backwater little town called Bethlehem. He wasn’t born in a palace to earthly royalty and his birth, for the most part, went unnoticed. The only ones who really knew about his birth, aside from his parents, were shepherds and three kings who came to give their gifts to the King of Kings.

The years between his birth and early years and the time he began to preach are largely unknown. The Bible doesn’t shed light on his formative years and what Jesus liked to do. Many believe that he worked with his father as a carpenter and probably had calluses on his hands. He put in long hours to help his family. We don’t know much if anything about his education. We do know that he wasn’t a rabbi in the more traditional sense of the word. When he taught though many thought of him as a rabbi.

As he grew older, he began to teach and demonstrate the love of God to all those around him. Instead of spending his time teaching in temples and synagogues, he spoke to the common men and women. He dined with tax collectors and was seen with prostitutes and sinners. He didn’t isolate himself and tickle the ears of those who were in high society. He was a humble man who spoke kindly to those who needed salvation and spoke harshly to those who judged others and thought of themselves as being spiritually better than those around them.

This man, who started his life in a stable, would become the most important individual to the whole world. He told of God’s love and became the way back to the Father. As disobedient children who wandered away from God, Jesus gave us a path that led away from death and damnation. His way was of peace and his gospel of love.

In time, however, the world would come to hate him and what he stood for. Men plotted against him because he made them feel uneasy or he threatened to wreck the status quo. When people of power feel threatened, they will react and seek to destroy what threatens their livelihoods and their way of life.

John, in chapter one of his gospel, wrote, “The true light, which gives light to everyone, was coming into the world. He was in the world, and the world was made through him, yet the world did not know him. He came to his own, and his own people did not receive him. But to all who did receive him, who believed in his name, he gave the right to become children of God, who were born, not of blood nor of the will of the flesh nor of the will of man, but of God. And the Word became flesh and dwelt among us, and we have seen his glory, glory as of the only Son from the Father, full of grace and truth.”

John doesn’t cover Jesus’ birth with a lot of detail. Yet, in his simple account of his birth, we see Jesus for what he truly is, the light of the world. However, those who lived in darkness didn’t want any part of that light. They wanted their way to be the only way. When people feel that things are adversely changing, the perceived threat becomes the object of their hatred. They act out of anger and will do anything to change things back to the way they were.

In time, Jesus would be brought before the men who feared him and his fate would be sealed. He would be beaten without mercy and placed upon a cross to die like a common criminal. When he was laid to rest in a borrowed tomb, the men who condemned him breathed a sigh of relief. Their headache was gone and they could go back to their lives in peace or so they thought.

After lying in that tomb for three days, Jesus rose from the dead as he had promised. Through his sacrifice, our sins were once and always washed away. When he rose from the dead, he showed that eternal life was a gift from the Father and that it was given to all.

His life, bookended by his birth and death and resurrection, is the most important event in our lives. He came into the world to teach us about the love of God. He didn’t come to judge or condemn us. He came to give us eternal life by showing us the way back to the Father. Our sins were washed away by the blood he shed for each of us on that cross. When he rose from the tomb to walk, he proved once and for all that death had no power over us as long as we accept the gift of salvation given to us by a loving, caring Father.

So, when you think about it, the most important event of Christians is not a particular day or event. It is the life of Jesus and what he did for each of us at his birth, death and resurrection. He gave us hope, peace, joy and love all in one little package in the form of a small child who was born to humble parents in a humble stable and would grow up to become the Lamb of God and our Savior.

If you don’t have a personal relationship with Jesus, I urge you to seek him out tonight. I know that you hear him knocking on the door of your heart right now. Let him in tonight and behold the miracle of your spiritual birth.

In chapter six of his letter to the Romans, Paul writes, “For we died and were buried with Christ by baptism. And just as Christ was raised from the dead by the glorious power of the Father, now we also may live new lives. Since we have been united with him in his death, we will also be raised to life as he was. We know that our old sinful selves were crucified with Christ so that sin might lose its power in our lives. We are no longer slaves to sin. For when we died with Christ we were set free from the power of sin. And since we died with Christ, we know we will also live with him. We are sure of this because Christ was raised from the dead, and he will never die again. Death no longer has any power over him. When he died, he died once to break the power of sin. But now that he lives, he lives for the glory of God. So you also should consider yourselves to be dead to the power of sin and alive to God through Christ Jesus.”

When you allow Jesus to come into your heart, you will be born anew to walk in light and with Jesus daily. His birth and death paid for your freedom from sin. His resurrection is the proof that you are no longer a slave to sin and death. Eternal life is your gift. Accept it tonight. When you do you truly will be born again and able to stand firm daily in His grace.

2 Corinthians 6:3-10 Holman Christian Standard Bible 3 We give no opportunity for stumbling to anyone, so that the ministry will not be blam...