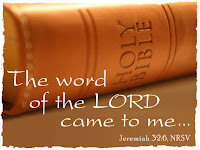 Throughout history, there have been those who have had to make a choice. They could choose to continue to preach the Word of God and they would be imprisoned. In some cases, they faced death for their faith. Some were tortured while others were rounded up and placed in camps for reeducation.

Jesus told his disciples and us as well that the world will hate us. We could either knuckle under from the threats or we could endure dungeon, fire, and sword from those in authority. It is a hard decision indeed. No one likes to be threatened or endure ridicule for being a Christian. But, it does happen.

What we face today is nowhere close to what those of the early church faced or what others face in countries around the world where religious tolerance is only a phrase used to keep foreign financial aid flowing into their coffers.

In our own country, our right to worship is challenged every single day. This didn’t happen overnight. It was a slow change that began when parents began to slowly move away from their faith. They exchanged their love for God for the love of worldly things and only worshiped when it was convenient. That change in mindset slowly, but eventually, began to infect the children.

Children were no longer taught about the love of our Heavenly Father. They were no longer “taught by the Bible and led by the Spirit”. In time, they viewed the world as their home. Instead of remaining tolerant, some have lashed out against others who continue in their faith. They call them “crazy” or “religious zealots”. The words used nowadays are even worse. Over the past couple of years, more and more churches have been burned or vandalized. Bibles are being desecrated and often burned. With all that is going on, it is difficult to stand firm in your faith.

We, however, must remain steadfast in our faith and continue to preach the word of God to all those who desperately need that message of salvation. It would be so easy to just give up like others. No one enjoys being ridiculed daily or having people threaten them.

In chapter twenty-four of the Gospel of Matthew, Jesus tells his disciples, “Then you will be arrested, persecuted, and killed. You will be hated all over the world because you are my followers. And many will turn away from me and betray and hate each other. And many false prophets will appear and will deceive many people. Sin will be rampant everywhere, and the love of many will grow cold. But the one who endures to the end will be saved.”

We have seen so many horrible things occur in this sinful world. In some cities and communities, people take their lives into their own hands when they just go out for a walk or to the grocery store. We pray daily for peace, but it seems like our prayers have fallen on deaf ears. Some believe that God has forsaken us. But, is that really the case?

Look closely at the world. The world has moved away from God. It is us who have forsaken Him. We have chosen the things of this world to be our new gods. Some fall to false prophets who promise us everything and anything we want. All we have to do is show our love for God by donating more and more money to their ministries. Sin is truly rampant in the world and, as Jesus pointed out, “the love of many will grow cold”.

The real problem is that we have allowed the world to dictate to us how we should be. The world and those in authority have asked us a simple question, “Who is your god now?” Think about it. Governments and those in positions of power are asking us that question daily. We are told that we will receive everything we need from the world through governments. In time, many will give up on their faith or begin to worship the powers of this world. Those in authority will continue to challenge our faith and, over time, will try to wipe it completely away. God cannot be “canceled” or wiped away with a single stroke of a pen. As long as we continue to have faith in Him and continue to follow the teachings of His son, Christ Jesus, we are doing what is righteous in the eyes of the Father.

In chapter five of the Book of Acts, the apostles were arrested for preaching the Good News. The powers of that time, the high priest and his officials, who were Sadducees, felt that their authority and position in the community was in danger and being challenged. They didn’t want these men preaching God’s message. They wanted to control everything including the thoughts of all. They were filled with jealousy and anger. The officials had the disciples arrested and put into jail, but God provided a way out for those who remained faithful. An angel of the Lord released them from prison and led them out.

Later, the apostles were rounded up yet again. They were given strict orders not to teach in the name of Jesus. The officials feared that they would be blamed for the death of Jesus and this would cause people to question their authority.

Instead of accepting the orders and demands, Peter and the other apostles said, “We must obey God rather than any human authority. The God of our ancestors raised Jesus from the dead after you killed him by hanging him on a cross. Then God put him in the place of honor at his right hand as Prince and Savior. He did this so the people of Israel would repent of their sins and be forgiven. We are witnesses of these things and so is the Holy Spirit, who is given by God to those who obey him.”

Needless to say, the officials were not very happy with their words. In fact, they wanted to kill them. After discussions, they were persuaded not to kill them. They believed that the Good News may be just another passing thing and, over time, would just simply go away. If it, however, was truly from God, they might find themselves fighting against God. That is not a good place at all to be.

We, as Christians, face similar situations each day. Some may find themselves facing death while others face ridicule. In either case, how will we answer when we are questioned and told never again to teach in the name of Jesus?

Will we decide to cower, accept the edicts of the world and give up on our faith? Will our love for God grow cold? It would be a lot easier to give up on our faith. When we look at history, we see so many examples of believers who have been imprisoned, beaten, tortured and murdered for their faith. History isn’t exactly on the side of Christians.

Or, will you, like Peter and the other apostles, stand tall and declare, in a strong voice, your love for God and continue to preach and teach those who desire to know God and understand His plan of salvation for their lives?

The choice is yours. You can allow your love to grow cold or you can remain on fire with the message in your heart. You can remain silent or you can cry out from the wilderness the Good News. If you decide that you will remain faithful and a follower of Christ Jesus, I can assure you that you will stand firm in His grace.

Psalm 22:12-18 Holman Christian Standard Bible Many bulls surround me; strong ones of Bashan encircle me. They open their mouths against me—...