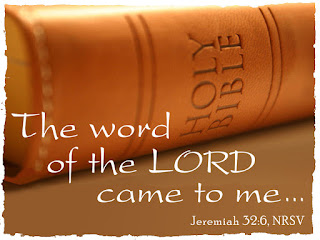 Throughout my entire life, I have had many opportunities to preach the Word of God to many people, taught Sunday School and led prayer groups. In each of them, there is one person who comes up to me after a service or meeting to talk with me. The conversation always starts off the same way. They are very complimentary of my message and knowledge of the Bible. To most folks, that would seem very normal. Typically with those folks, they shake my hand and leave. However, in this case, these individuals linger while others come to thank me for the message. I see them standing and shifting their weight from one foot to the other. They fidget and look around for a reason to leave, but there is something inside of them that makes them stay.

Finally, after the last person leaves and I am starting to put my Bible and notes into my briefcase or backpack, that is when they come forward. There is something in my heart that tells me to prepare myself to share more of the Good News and to talk more of God’s love and capacity for forgiveness and His plan of salvation.

They slowly come forward and begin to tell me that they have done something so horrible that God can’t ever forgive. They never go into the details of the sin that they have committed nor do I ask about it. All I know is that it is tearing them up inside. My heart goes out to them. They begin to weep and I can tell that they are looking for an answer.

I tell them a little story about one of the kings of Judah, Manasseh. He was the oldest son of the thirteenth king of Judah, Hezekiah. Hezekiah was a very righteous man. When you look at his life, he was completely devoted to the Lord.

In the eighteenth chapter of 2 Kings, we read, “Hezekiah trusted in the Lord, the God of Israel. There was no one like him among all the kings of Judah, either before or after his time. He remained faithful to the Lord in everything, and he carefully obeyed all the commands the Lord had given Moses. So the Lord was with him, and Hezekiah was successful in everything he did. He revolted against the king of Assyria and refused to pay him tribute.”

So, you would figure that all of his sons would be the same way. Each would be devoted to the Lord and serve as a good and righteous king. It just seems like a natural and logical conclusion. Unfortunately, it was not the case.

Manasseh went out of his way to do everything that the Lord found unacceptable. He restored polytheistic worship of Baal and Asherah in Solomon’s Temple. In fact, when you read about him the word, “detestable”, is often used.

In the twenty-first chapter of 2 Kings, we read this about Manasseh, “He built pagan altars in the Temple of the Lord, the place where the Lord had said, ‘My name will remain in Jerusalem forever.’ He built these altars for all the powers of the heavens in both courtyards of the Lord’s Temple. Manasseh also sacrificed his own son in the fire. He practiced sorcery and divination, and he consulted with mediums and psychics. He did much that was evil in the Lord’s sight, arousing his anger.”

In just a short period of time during his reign, Manasseh truly went out of his way to rebel against the Lord. You would think that he would be swept away by God’s mighty right hand and a righteous king would be placed on the throne of Judah.

God, however, doesn’t do that. God sends prophets to the people and Manasseh to warn of the impending judgment they face if they don’t turn away from their evil, sinful ways. They ignore God and continue in their sinful ways. God gave them an opportunity to return to the path of righteousness, but they refused.

Late in Manasseh's reign, Assyria attacked Jerusalem, captured Manasseh, and placed him in a prison. Humiliated and powerless, he sat in his cell and remembered his father's days. He began to pray, confessing his sin and asking the Lord's help. The Lord heard Manasseh's prayer, freed him, and returned him to his throne in Jerusalem.

Once he returned to the throne, Manasseh was a new man. He destroyed all the idol shrines he had built, removed his desecrations from the Lord's temple, and restored the temple worship.

The story perfectly illustrates God’s love for us. When we sin, He warns us through Scripture or sends a message to us. He gives us every opportunity to return to Him. If we refuse to heed the warning and continue down the path of disobedience, then we face the consequence of our sins.

Also, when you begin to understand what Manasseh did, including sacrificing his own son to pagan gods, God was still trying to bring him back into the fold. Remember that He loves us dearly and wants us to have eternal life. When we realize the error of our ways, God is there to listen and forgive us.

If you take a look at the story of the Israelites, you see the same story. They sin and turn away from the Lord. God sends a prophet to warn them. They ignore God’s message and then face punishment. Once they realize their sin, they ask forgiveness and God forgives them.

In chapter thirty-one of the Book of Jeremiah, the Lord says, “I have loved you, my people, with an everlasting love. With unfailing love I have drawn you to myself.”

After I finish the stories and lessons, all have asked me to pray with them and we pray for forgiveness and the strength to forgive ourselves. Even though we know God will forgive our sins if we will sincerely confess our transgressions, we don’t forgive ourselves. Satan wants us to continue to feel that shame. When we do that, we find it so very easy to slip back into our old sinful lives. He tells us that God can’t and won’t forgive us. Remember that Satan is a liar.

In the one-hundred third Psalm, the psalmist writes, “He forgives all my sins and heals all my diseases.”

God forgives all of our sins. He doesn’t pick and choose which ones He will or won’t forgive. We just have to ask for forgiveness and admit that we have sinned and fallen short. Once we do that, He will show the path of righteousness and restore us so that we can stand firm in His grace.

Philippians 4:4-7 Holman Christian Standard Bible Rejoice in the Lord always. I will say it again: Rejoice! Let your graciousness be known t...