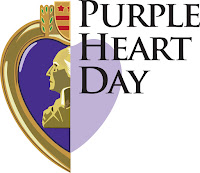 The Purple Heart began as something called the Badge of Military Merit, an honor created by General George Washington in 1782. The honor was only presented to enlisted soldiers who had performed a “singularly meritorious action”. Only a handful of these were awarded, and following the American Revolution, the Badge of Military Merit didn’t become a permanent fixture among the various other awards and decorations given to those who serve.

But the spirit of the Badge of Military Merit would be honored again in 1932, when the Purple Heart award was created to honor the bicentennial of George Washington’s birthday. World War One saw the first Purple Hearts awarded to soldiers, presented on the site of the final encampment of the Continental Army in Windsor, New York.

The Purple Heart took many years to evolve into what it is known as today. When General Douglas MacArthur signed General Order #3 establishing the modern Purple Heart, it was not authorized to be awarded to anyone except to those serving in the Army or the Army Air Corps. A presidential order signed in 1942 opened the Purple Heart to all branches of the military including the U.S. Coast Guard.

Please take a moment and remember those brave men and women who were wounded in combat or gave that last full measure.
at 6:00 PM

Proverbs 28:13 English Standard Version 13 Whoever conceals his transgressions will not prosper,     but he who confesses and forsakes them ...